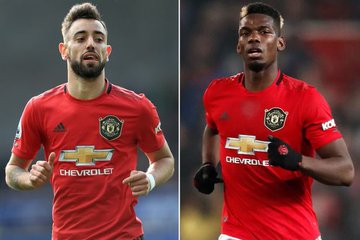 Paul Pogba and his Manchester United teammates today arrived at Old Trafford for the first time in three months for a squad friendly match, MySportDab reports.

The inter-squad friendly is the first time that United players will have played at their stadium since the 2-0 win over Manchester City in March. 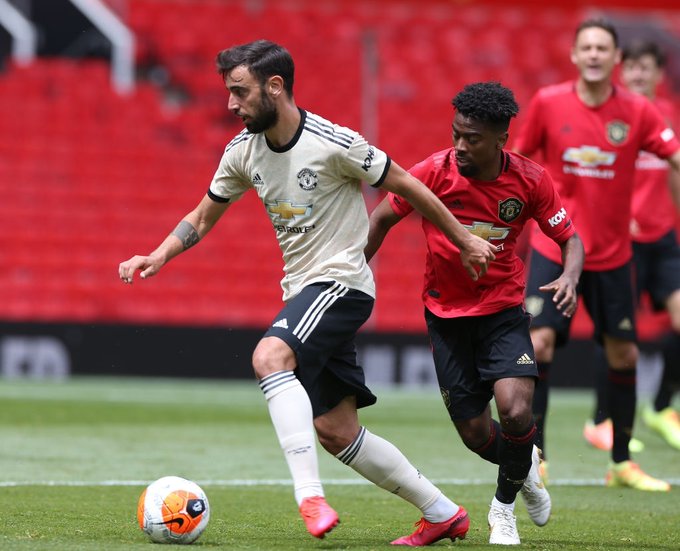 It is first time Pogba and Fernandes have been on the same this season but today against each other.

Bruno And Martial Vs Pogba And Rashford.

Goalkeepers David De Gea and Sergio Romero were also involved in the game watch by Coach Ole Gunnar Solksjaer and his Staffs.

Manchester United will return to Premier League action against Jose Mourinho’s Tottenham on June 19th in a crucial match for the top four.

Coach Ole Gunnar Solskjaer will hope his team can continue their 10-game unbeaten run before football was suspended. 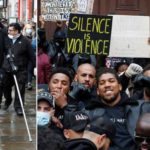 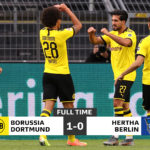