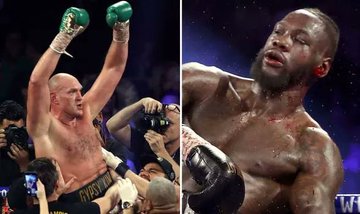 Wilder was condemned to his first defeat of his professional career in Las Vegas, with the American failing to impress and was totally dominated by Tyson Fury.
But despite rushed to the hospital after the fight against Fury, Wilder’s camp appear likely to activate a third fight between the pair.
According to the contract signed before they both faced off for the WBC heavyweight world title, the loser would be able to activate another rematch within 30 days of the clash. 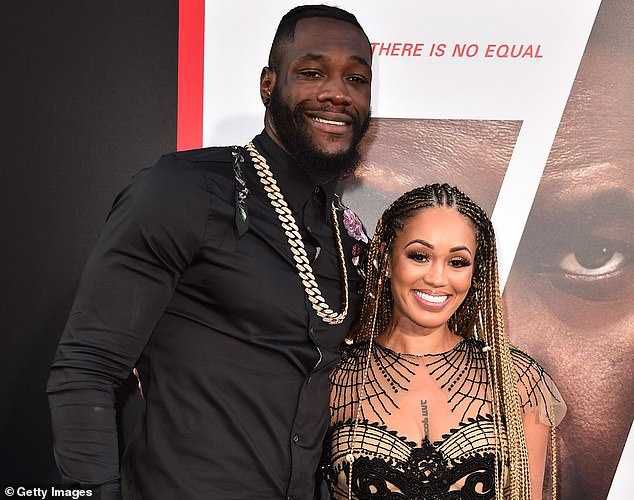 But after Wilder was defeated by Fury, with the Alabama native knocked down in two rounds and talks of a next fight against Anthony Joshua began to gather pace.
However, Wilder’s partner has confirmed that the her partner is seeking an immediate shot at revenge.
She wrote on Instagram: ‘#WilderFury3 here we come! #thesagacontinues #stillourchamp#bombzquad’.

MySportDab understands Fury, as the winner of the second fight, is entitled to a 60/40 percentage split of all the money earned from the fight, which includes the earnings from PPV and ticket sales.
However, Tyson Fury’s dad John Fury wants his son to retire from boxing after his stunning win at the weekend against Deontay Wilder.
Speaking to Good Morning Britain, Fury Snr said:
‘I want him to retire now. He’s done alot. It’s been an uphill battle for him.
‘I think it’s in the back of his mind. He can’t more. He’s won everything, every title. Enough is enough. There’s more to life now. He’s given it everything.
‘He’s got nothing to prove to anyone. He’s proved everything already a worthy champion from this country. He’s spent the last 13 years as a pro and he’s always been the opponent.
‘He’s now 32 years old. He has a young family and I do believe his children deserve their father. He’s done alot and that’s my opinion.’
More to follow…
Download MySportDab Official Android App HERE
Join Our Telegram Channel – Click to Join
Share Now:
READ MORE:  2021/2022 UEFA Champions League: Kareem Benzema's All 15 GOALS! (VIDEO)
Adedotun Osi-EfaFebruary 25, 2020
1 7 1 minute read
Facebook Twitter LinkedIn Tumblr Pinterest Reddit WhatsApp
Share
Facebook Twitter LinkedIn Tumblr Pinterest Reddit VKontakte Share via Email Print